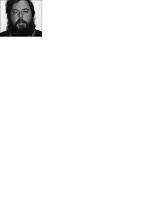 Hauntings: Memory, Patrimony, and the Contested Past. Diana Taylor (NYU) “Trauma as Durational Performance: A Walk through Villa Grimaldi with Pedro Matta”

Linked to the NYU Humanities Initiative-funded graduate course in “Hauntings: Memory, Patrimony, and the Contested Past in Post-Violence Spaces in Contemporary Spain and Spanish America,” and open to the public, this speaker series aims to work through conceptualizations and practices of memory work, developing ways of exploring the historical and the political that take into account issues of sovereignty, inheritance, subjectivity, embodiment, and materiality.

The talks will be followed by a reception.

In this 2007 film, Montanyà examines the legacy of colonization in Equatorial Guinea through interviews, archival footage, and a strong narrative voice and structure. The film traces the steps from colonization through independence to the present day, through interviews with witnesses both from Guinea, such as writer Donato Ndongo, and from Spain, such as Manuel Fraga Iribarne and Spanish politicians and Antonio García-Trevijano. An astonishing first look at a little-know history.

Screening will be followed by a dialogue with the director Xavier Montanyà and Dr. Adolfo Obiang Bikó, one of the authors and signers of the first democratic constitution of Equatorial Guinea, with a discussion by Professor Benita Sampedro, of Hofstra University.

Teach-In Event: The Undead: a Teach-in on the Spanish Civil War and the "memory debates" in Spain today

Coordinated by James D. Fernández, with distinguished guests from a wide variety of fields. Check the Abraham Lincoln Brigade website for details at www.alba-valb.org

Sponsored by the Abraham Lincoln Brigade Archives and the King Juan Carlos Center.

Reading in Spanish. introduced by students of the MFA in Creative in Spanish.
Reception to follow.

Co-Sponsored by the MFA in Creative Writing in Spanish Program.

Pedagogies of Progress: The films of the Puerto Rican Division of Community Education (DIVEDCO)

The NYU Caribbean Studies Working Group presents a daylong screening of a series of rare films produced by the Puerto Rican Division of Community Education (División de Educación de la Comunidad, or DIVEDCO), a government agency created in the mid 40s with the purpose of integrating the community—especially the rural population of the island—into the vertiginous industrialization and urbanization processes in Puerto Rico. Officially founded in 1949, it brought together a stunning group of visual artists, writers, and composers, producing films about health issues, hygiene, grassroots action, literacy campaigns, education and democracy. The films featured nonprofessional actors from rural areas. They constitute a vital archive of the dramatic social change experienced in the island in the 50s and its quickly fading, rural way of life.